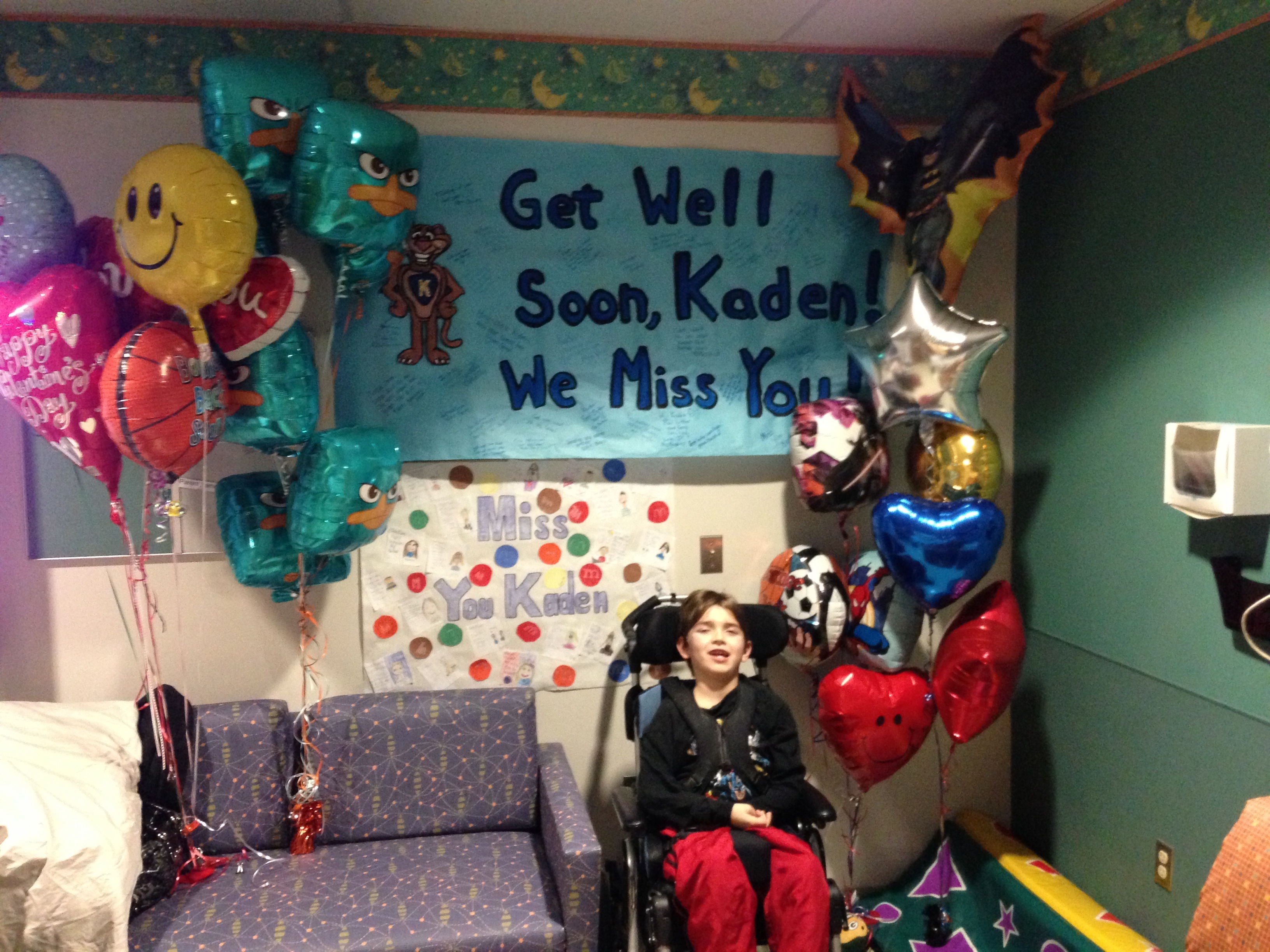 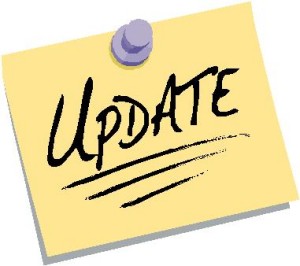 Well… finally we are giving an update. Kaden has had a very eventful and very difficult year so far. I know we have been away from the blog for a while so we are going to start from January and get everyone up-to-date. Bear with me as this may take a couple of installments.

Starting this year we were as optimistic as we have ever been with regards to Kaden’s illness. Kaden was accepted into the clinical drug trial in December that has the potential to not only stop the progression of his disease but actual REVERSE some of the effects. How unbelievably exciting.

The holidays went well and about two weeks into the new year Kaden started having small focal seizures. This wasn’t terribly alarming as he’s had these kind of seizures before and they have been controlled very well by medication. We increased his medication and thought that would take care of it. Unfortunately it did not. Instead, the seizures started to become more intense and more frequent.

So we moved on to a new medication. I won’t get into all the names of all the meds we went through. The important part, and the scary part, is that through the rest of January and the first half of February we went through 4 new medications that did not stop his seizures. Generally if you fail on two anti-seizure meds the chance that any other medication will work is less than 3%. Holy crap… that’s a 97% chance that we won’t be able to stop his seizures.

During this process the seizures continued to increase in frequency to less than 10 minutes apart and the intensity also increased. The seizures started with a twitch in his thumb that increased to his whole left arm twitching. He also developed a twitch in his left eye and at the very end of his hospital stays he was having abdominal seizures that wrenched his entire midsection (that one was freaky). 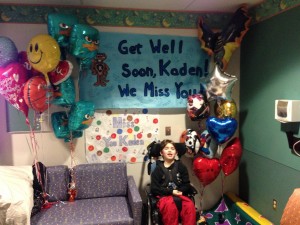 Such a popular guy. Thanks Clarendon!

Kaden ended up with three emergency room visits and two week long hospital stays. Those stays were actually 15 days in the hospital with one day at home after the first 7 days. During his first hospital stay his seizures were less than 10 minutes apart and they started to get really strong. Even the very sedative doses of phenobarbital they were giving him weren’t stopping the seizures. At one point we discussed putting Kaden into a medically induced coma. That was unbelievably scary!

Thankfully the medically induced coma was not necessary. Kaden finally responded to a treatment of argenine and we were ecstatic. He went about 4 days without a seizure and unfortunately they started back up. As I said, we were only home for about 24 hours and then right back into the hospital. This time they loaded him back up on phenobarbital and knocked him out to slow down the seizures. Abut this time we were starting to reach out to Kaden’s doctor in Akron, Dr. Cohen. Along with his Neurologist here in Milwaukee, Dr. Telega, we decided to try another new medication called ONFI.

Just a side note: Dr. Cohen is kind of a big deal. He called Dr. Telega from the White House where he was giving a presentation on Mitochondrial disease. Needless to say Kaden has access to the best and brightest doctors in the world regarding his disease. Pretty cool.

At this time Kaden was really sedated. He was only awake for a couple of hours each day. So we decided it was time to get him a G-Tube. We had the procedure done during his second week in the hospital. Of course the day his procedure was scheduled is the day we started seeing the abdominal seizures. So they do the procedure, which is basically punching a small hole through the abdomen. About an hour after the procedure Kaden has one of the abdominal seizures. Completely freaked me out. I jump up out of the chair and to his bed. While he’s seizing, with a hole in his belly, he starts to laugh because I am so freaked out. I know I have said this many times but my kid is one tough, bad ass little man. His ability to face all the pain and problems that this disease continues to dish out amazes me on a daily basis.

Well, after getting the G-Tube for Kaden and using it for several months now, WOW, it’s nice to not have to force medications down his throat. We were very hesitant to talk about a G-tube but ultimately it was a very good choice. He’s also gained about 8 pounds and my back is feeling it.

The ONFI really slowed his seizures and got us out of the hospital. With the phenobarbital and the ONFI Kaden was also very sedated. He was sleeping nearly 20 hours per day. However, about a week after Kaden got home, the seizures stopped. The ONFI was working. What an unbelievable relief! Finally some good news.

The phenobarbital was really kicking his butt. We started to wean him off the phenobarbital but it was a 10 week process. He gradually became more alert and very slowly began acting like himself again. I don’t think we are back to where he was prior to January but certainly much closer.

We had one more hospital stay for 4 days toward the end of March. Kaden had a slight case of pneumonia and we were playing it safe because his oxygen levels were low. He came out of that stay very well and we have been rolling along ever since.

I am going to stop here for now. We would like to thank all of our friends and family for all the support they have given us. Once again we couldn’t keep it together without all of you.

This gets us up to June. Check back soon as we will be posting our adventurous trip to Akron for Kaden’s 6-month check up.