The Best Weekend of the Year! 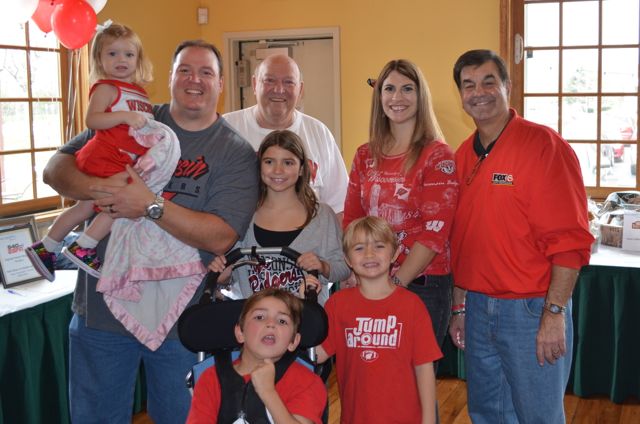 Panoramic of the auction items.

After a few tough weeks this past weekend has made all the difficult moments and the worry feel so much better. Over the last few weeks since Kaden’s hospital stay we have been struggling to get his medication straightened out. He just hasn’t been himself. To be sure that his seizures stay under control he’s been on a stronger medication called Dilantin. We are now moving him to Trileptol which is less harsh and shouldn’t make him quite so loopy. After a week of lowering one and raising the other he seems to be doing better. Miki and I are definitely sleeping better and worrying a little less about him at school.

On Thursday we got the news that Kaden is scheduled for a screening to get into the clinical trial for EPI-743. YEESSS!!!! We have an appointment in Akron, OH on Dec. 10 and may be out there for up to two weeks. Let’s hope it’s more than just a couple days. It’s my understanding right now that if he screens in, they start him with testing and he will begin the trial. This is the best news we have had since Kaden was diagnosed with Leigh’s Disease over 5 years ago. Still keeping fingers crossed that the screening goes well and he begins the clinical trial.

With the good news from Akron we went into Saturday’s fundraiser feeling really good. I never dreamed we’d see the kind of success we had with Kaden’s Wish. When I arrived Saturday morning to help set up, of course, Tony and Champps crew had everything set to go. Just a glimpse of how awesome Tony and everyone at Champps Americana handled the event throughout the day. As everyone I am sure is tired of hearing about all the silent auctions items, it was staggering to see all of them set up and awaiting bids. I took a picture of each individual item prior to the start of the auction. 58 photos! That doesn’t count the half dozen or so items that were added throughout the day. 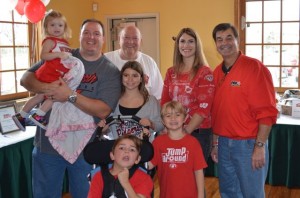 Now we just needed a good turn out. When the Fox 6 news fan showed up I think it finally hit me how big this event was going to be. Tom Pipines, the sports anchor from Fox 6, interviewed Tony Lewanovich from Champps, Miki, my dad with Kaden and me. It seemed to go well and apparently they are going to air the story in the near future. I’ll be sure to let everyone know via Facebook when they plan to air it.

Kaden was on cloud nine all day. There’s nothing he likes more than hearing his name over the sound system. Those were probably the biggest smiles have ever seen on Kaden. We don’t have the exact numbers yet but as of last night we raised over $21,000 dollars for the Make-A-Wish Foundation. That amount will allow 4 kids to have their wishes granted. I am so proud of Kaden!

So… I promise not to hit anybody up for donations for a while. We really appreciate all the generosity our friends and family have shown. The response to the Kaden’s Wish event was phenomenal. I also want to thank Tony Lewanovich and Champps Americana for making this event possible. What a class act and what a great place to have a meal, watch the game and hang out with friends and family. As Tony has so clearly stated this was our First Annual Kaden’s Wish Fundraiser. We put this together over about a 6 week time period. Imagine what we will do with a whole year to prepare. I promise there will be even cooler items next year.

Thanks again to all our friends and family for their continued support. We are truely blessed. We’ll keep you posted on Kaden’s progress and the exciting times that are ahead.