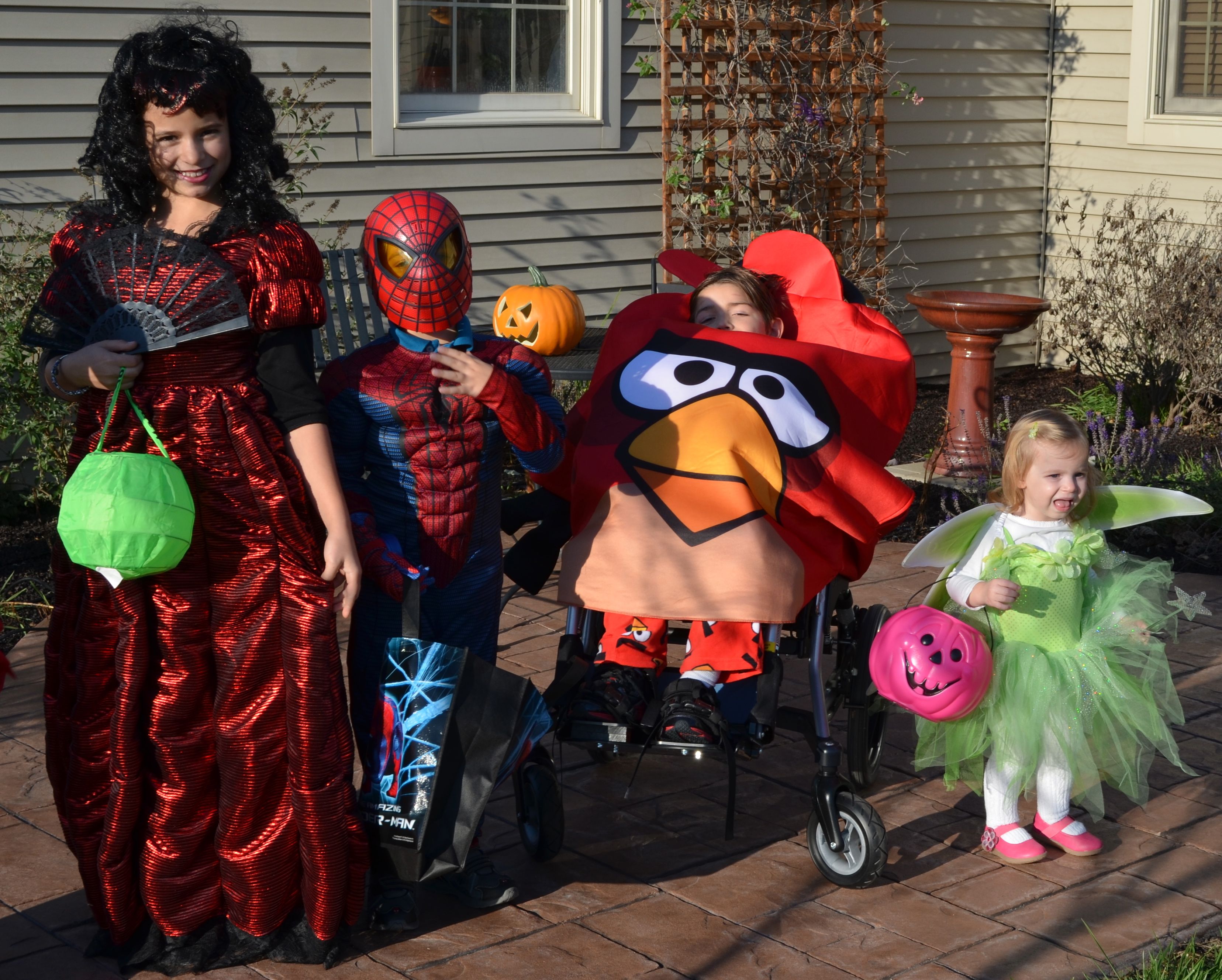 It’s been a very busy week. Last weekend Miki came home from a work trip to Istanbul so there was a lot of excitement having mom back. We also had the Halloween party last weekend which is one of Kaden’s favorite events of the year. On Wednesday evening Miki and I went to Kaden’s teacher/parent conferences, where we learned that Kaden continues to do extremely well in school. Chip off the old block 😉 (Must get it from mom).
Just as we get back into our normal routine, on Tuesday night we noticed an issue with Kaden’s mouth and his swallowing. It was brief and we thought it may have been Dystonia. We mentioned it at Kaden’s conference just so everyone would be on the lookout. On Wednesday night it happened about 3-4 times and we thought it might be because he was tired, so we decided to keep an eye on it to make sure it didn’t get worse.

Well, Thursday morning I saw it twice before he went to school. He went to school and his aids started to notice that Kaden wasn’t himself. He had a little more intense episode and the nurse called me at work. We decided that I would call neurology and pick him up from school. It happened again in the car and Miki and I decided we better get him to Children’s Hospital to determine if these were focal seizures or Dystonia. 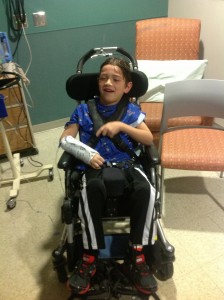 After 5+ hours in the ER we got him admitted and on an EEG. It is really hard to be patient when you know what your child needs but have to sit and wait while doctors who don’t know him try to decide what to do. These are the moments when I am glad we have learned to be very vocal advocates for Kaden. So about 5:30 on Friday they hooked him up to the EEG. In the meantime he is having episodes every 12-15 minutes and we are pretty sure they are focal seizures. After seeing his EEG for a couple hours the neurologist can’t see anything wrong with his EEG and they don’t think he’s having seizures. What?!?

The doctors think it may be facial Dystonia. Oh crap! What I know about facial Dystonia is not good. It generally leads to serious eating problems and usually those afflicted with this form of Dystonia lose the ability to swallow. Not cool. Well… through the night on Friday they decided to give him Benodryl which has been known to relieve Dystonia. About half an hour after getting the Benodryl his episodes got worse and were almost right on top of one another. Doh! Not Dystonia. He settled down and fell asleep and the episodes slowed a bit. In the morning however the episodes start getting more intense and now involve the entire right side of his face. Scary to see, but because they intensified, the episodes started to show up on the EEG. They are in fact seizures.

The neurologist said that because these were such small events only effecting the tongue and lower jaw they weren’t showing up on the EEG. Of course they are all fascinated because they had not seen this before. Great. I am glad it’s cool for you. Now fix my son! Around lunchtime on Friday they gave him a dose of Dilantin that knocked him out and stopped the seizures. Whew! Wish we could have done that earlier than 26 hours after showing up to the ER. I do realize however that they need to be careful with these meds and certainly wouldn’t want them to medicate Kaden with something that is unnecessary. Kudos to the docs for figuring it out but it doesn’t make it any easier to be a parent watching your child scared and struggling for over 24 hours.

So Kaden pretty much slept the rest of the day away. He got up for a quick dinner then passed back out until morning. He’s a tough dude, but 24 hours of seizures would bring John Cena to his knees (sorry for the wrestling reference). On Friday night we increased his Keppra dose and again on Saturday morning. The plan was to increase meds and hopefully they would continue to control the seizures. We got discharged at 3:00pm and just after we got into the car… seizure. It was small but unmistakable.

So we start heading back into the hospital and ran into the EEG neurologist Dr. Ingles, who by the way was very helpful and took the time to help us even though he looked to be leaving for the day. He headed back up to the Epilepsy Monitoring Unit and we waited down near the hospital entrance. Dr. Ingles thought we might get by just adding a med rather than readmitting Kaden. He spoke with the on-call neurologist and they came up with a plan that added a maintenance dose of Dilantin, another anti-seizure med. In fact that is what they used to knock him out and stop the seizures. Dr. Ingles came back down with the new prescriptions and drug info and we headed for home, with a stop at the pharmacy.

We went home and saw a couple more small seizures Saturday night. By Sunday with a couple doses of Dilantin and his increased Keppra we didn’t see any more seizures. Kaden and his siblings got to trick-or-treat Sunday afternoon and Miki and I felt a little better about how he was doing. We’re gonna keep him home on Monday and hopefully he’ll be back in school on Tuesday.

So we got our annual stay at Children’s Hospital over for the year. Let’s hope that’s our only one. Fingers crossed, no more seizures.