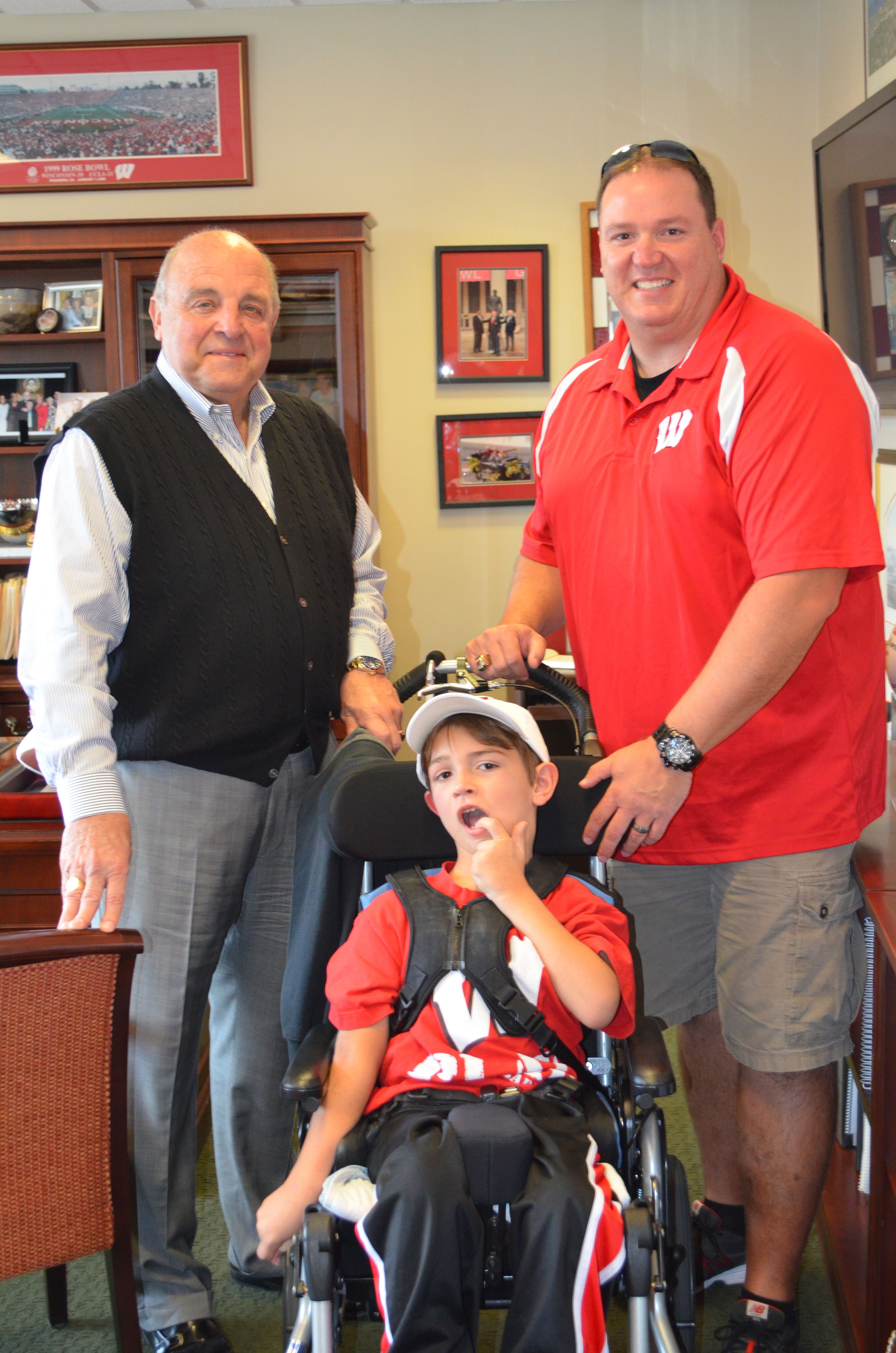 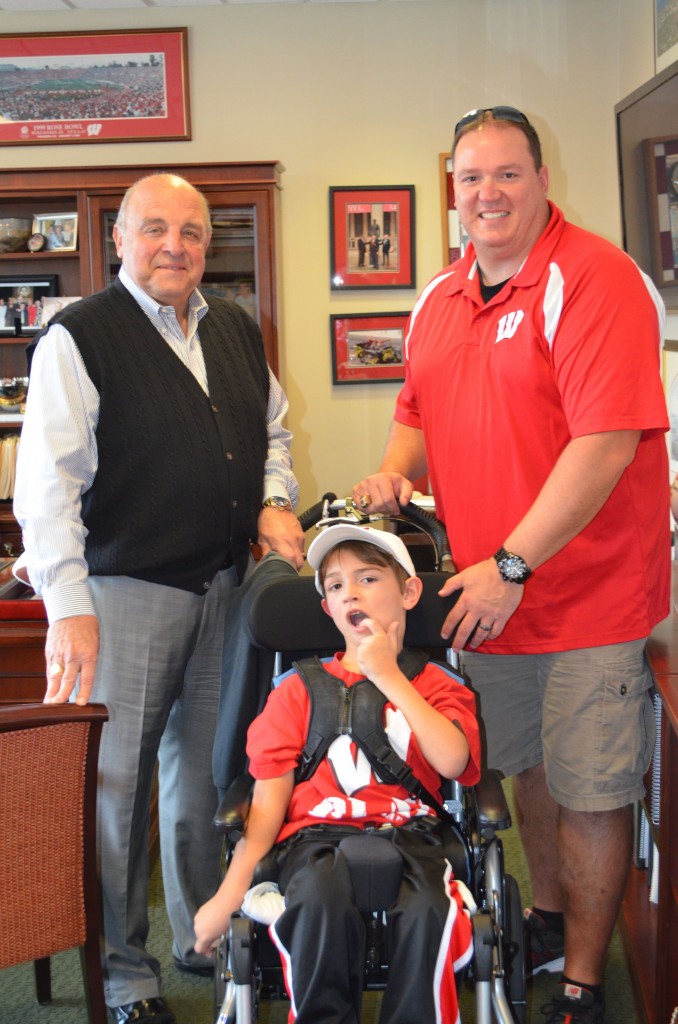 It was a beautiful day for Kaden’s first trip to Camp Randall. Coach Alvarez was nice enough to meet with Kaden and I this afternoon and I am reminded why I chose to go to Wisconsin… Barry Alvarez. Coach always takes the time for former players. The fact that he would take time out of his busy schedule to meet Kaden just reaffirms why I remain so grateful for the experiences I had as a Badger.

When we got to the stadium Kaden was a little nervous about going into the UW Athletics offices. I think it reminded him of the doctor’s office and I had to reassure him that there would be no needles, no examinations and above all, no doctors. Once we got past that there were a lot more smiles. Like usual I think Kaden got tired of his dad talking about him and he was a little restless toward the end of our time with coach. As you can see we got a nice picture in coach’s office. Coach Alvarez also signed a helmet and a ball for our silent auction and also gave Kaden a hat. Again, I always love getting a chance to visit with coach and those items will be great for the auction. I know Kaden enjoyed meeting coach as well. 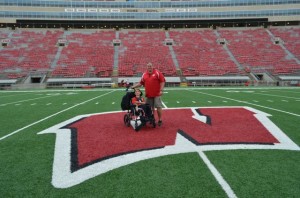 After our meeting with coach we got a tour of the stadium, football offices and the rest of the facilities at Camp Randall. As you can see Kaden liked being out on the field. He had a huge grin when we walked out of the tunnel where the players enter the field. He thought it was cool that his dad used to play football there. I still get chills walking out on to that field and now Kaden has experienced it. Awesome!

When we stopped by the football offices they too had a football for Kaden signed by Coach Bielema. Kaden thought the WOW room where all the trophies were was pretty cool. Below is a picture of Kaden with all the Big 10 Championship trophies. Pretty cool. It was a great afternoon and I love that Kaden has now been to Camp Randall. Next up… Kaden’s Wish at Champps. Bring your checkbooks because there are going to be some cool items for auction in addition to what Kaden received today. Stay tuned and we will try to post a list of some of the items. 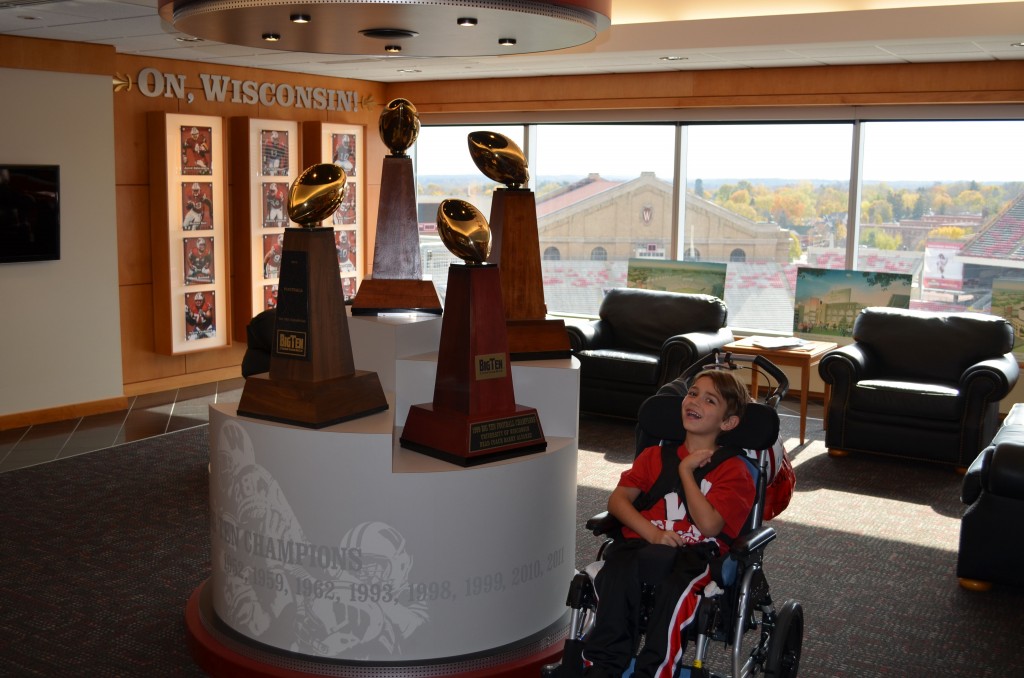