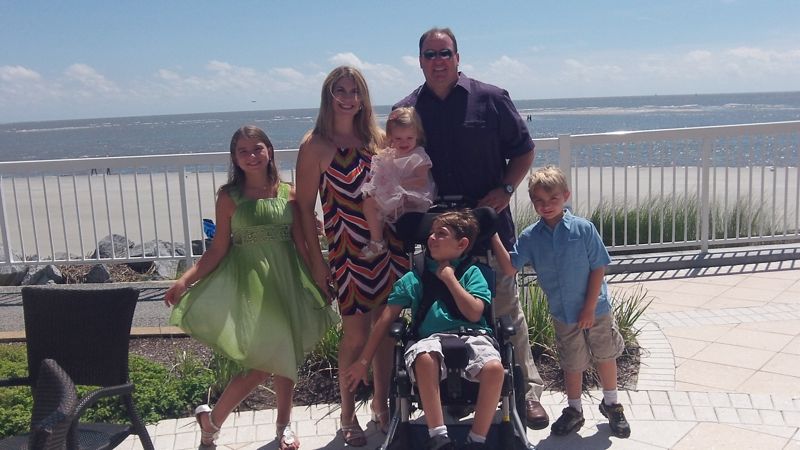 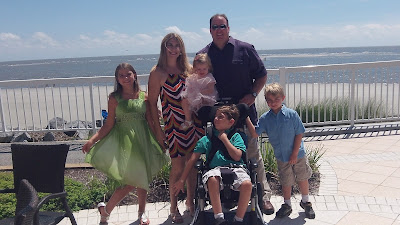 Just after the kids got back into school, we took a week off and went on vacation. We went down to St. Simons Island in Georgia. We drove down and remarkably, the kids did really well. It was a great trip. The kids got to play in the ocean for the first time. Even Kaden was chillin’ in the sand and went swimming with dad. Jacob thought it was the coolest thing ever. 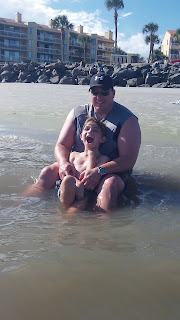 Our trip back home wasn’t quite as fun but coming home from vacation is never as much fun as going. The worst part of our return trip was that the kids were not getting enough sleep, especially Kaden. The night we got back Kaden had another seizure. Unfortunately, any stress on the body can trigger more seizures. A few days later we all got really bad colds. In fact, mine is going on day 9. No fun. This too triggered more seizures for Kaden. He had three more over two nights. These happened to be the worst two nights of him being ill. No coincidence.

So we have talked to Kaden’s neurologist and have decided to increase his ant-seizure medication. The doctor told us that the fact that fatigue and illness is so easily tipping him over the seizure threshold means his medication needs to be increased. So since out increase last week… so far no seizures. We keep our fingers crossed because if this drug fails to control his seizures it will likely mean a hospital stay to try new drugs. Yuck!

Last weekend we went to the first annual Energy For Life Walk which benefits the United Mitochondrial Disease Foundation. Our friends and family showed incredible support as we raised over $3500 and there were 44 walkers representing the Kaden’s Kure team (the largest team at the walk). Kaden was so excited and we also learned some incredible news at the walk. 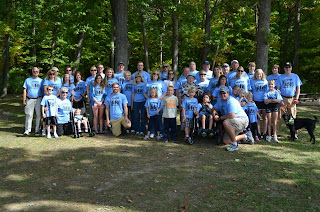 We finished the walk next to Kaden’s genetic counselor from Children’s Hospital. She says, “I was just about to call you guys. There is a new clinical trial for a drug that may benefit Kaden.” Now my ears are perking up! She tells a little about the most recent trial and results that were conducted in Italy and frankly it sounded too good to be true. So this past week she sent me an email for a WebEx teleconference with the doctors running the next clinical trial. I listened for an hour and a half on Friday.

The drug is called EPI-743 from Edison Pharmaceuticals. This trial is being conducted in three locations Stanford University, Baylor University and Children’s Hospital of Akron. All much easier to get to than Rome, Italy. However, for a chance to stop the progression of Kaden’s disease or even reverse the affects, we would go anywhere in the world.

So now we play the waiting game to see if Kaden gets in to the trial. I am planning daily phone calls to whoever we need to bother about the trial. Definitely poised to be a pain in the ass until we get him in. Thankfully the doctor that diagnosed Kaden at Cleveland Clinic and discovered his genetic mutation causing his disorder, is the doctor in charge of the Akron trial site. Yeah. Planning a call to him tomorrow.

If anyone is interested in learning more about EPI-743 or the trial here is the link. We will be updating regularly as we find out more. I will be posting again this week about another event coming up that we are really excited about. Til then, thanks for all the prayers and well wishes!