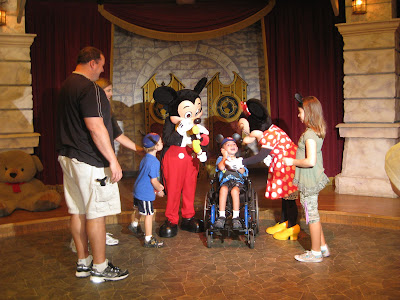 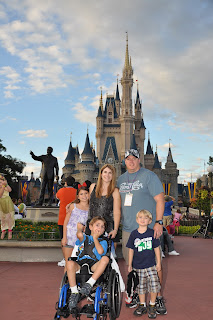 Well, the past two months have been very busy. We ended October with an amazing trip to Disney World through the Make-A-Wish Foundation. The trip was unbelievable! We all had a great time and the accessibility of the resort and parks was phenomenal. Kaden was able to ride on many of the rides in both Disney and Universal. I would strongly recommend both parks to any parents who have a disabled child. When we think about going somewhere, whether it be the zoo, a park, a mall, etc., we always try to think ahead for the challenges of having a child in a wheelchair. We have to consider how long we have to wait in lines and where we will eat. If we are traveling, we have to consider accessibility to the room, accessibility in the room, and sleeping arrangements. All of this was taken care of for us with this trip. The Make-A-Wish Foundation really does a great job and allows families to feel safe and comfortable.

While in the parks, we had a guest services badge that worked as a fast pass to almost everything in the parks. I initially thought that this was a perk of being associated with Make-A-Wish. What I came to find out is that these badges are available to anyone who has a disability. At both Disney and Universal, you can go to guest services and if you are able to prove that someone in your party has a disability then you can get the badge. Now that we know this, we will definitely be making another trip in the next couple of years.

After we got back from Florida, Kaden had an MRI and a follow up with the neurologist. While we were in the office Kaden had an “episode”. The episode consists of Kaden sticking out his lower jaw, turning his head to the right and looking up toward the ceiling. We have been seeing this type of episode for several months and had thought it was dystonic. The neurologist was concerned that this was a seizure because it happens in episodes so we did an EEG right there in the office. The EEG showed some slowing which is normal after a seizure. Now we are freaking out again. To be certain, we admitted Kaden for an overnight observation. He was hooked up to the EEG all night and was not very happy about it. What we found was that the slowing that they were seeing was his baseline and not necessarily associated to a seizure. This was a relief. We were sent home and the neurologist decided to increase his seizure medication as a precaution and also to see if it affected the episodes.

We spent the next week and a half increasing the medication in steps. Kaden did not react well. The increase made him very lethargic. To the point that by 5:00pm each day he could barely hold his head up. The good news, I guess, is that the episodes did not stop. He was still having them a couple times a week. The reason this is good is that it is likely dystonia and not seizures. So we called the neurologist and started reducing the medication. We now have Kaden back to himself and not the slug that the medication had made him.

We also got some bad news from the neurologist. Kaden’s MRI does show some deterioration of the brain. The image shows two things. First there are more lesions on the outer portion of the brain, which is likely the reason for the seizures. The second is a general shrinkage of the brain. The way you can see this in the image is that there looks to be just a little more space throughout the brain. What this tells us is that Kaden’s disease is progressing. How fast it will progress, there is no way to know. Coming to terms with this is difficult. All we can do is continue to look for ways to slow the progression and hope that some day there is cure for his disease. With the continuing advances in medicine you never know. We choose to stay positive and enjoy every minute we have with Kaden. He’s as tough as nails and somehow, some way, we continue to believe he will beat this disease.

Now that I have thoroughly bummed everyone out, it’s time to remember that this is the season for hope. We want to wish everyone a happy holiday and thank all of our friends and family for their continuing support. 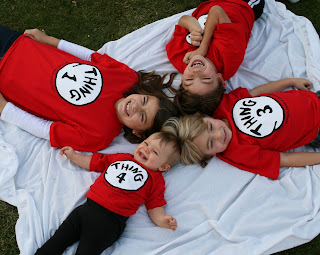